Donald Dombrow Jr
Donald Dombrow Jr
Manager, Post Office Operations A/District Marketing Manager
313-226-8634
Donald D. Dombrow Jr. was named acting Postmaster, Detroit, MI, Retail and Delivery Operations, Detroit District in August 2020.
In this role, Dombrow is responsible for overseeing operations for customer service and retail operations for thirty stations/branches, 796 Delivery Routes serving 366 thousand customers. The City of Detroit covers the (482) area within the Detroit District. He is responsible for the safety and health of a team of more than 1,200 employees. The Detroit Post Office generated over $287 Million in revenue in 2020 with a total operating budget of $4.7 Million.
Prior to this role, Dombrow served as Manager, Delivery Programs Support for the Great Lakes Area, overseeing operational programs and strategies for 13 Districts. He has held positions as Manager, Operations Programs Support, Manager, Post Office Operations, Postmaster in levels 20-24, and held acting roles as Manager, HR, Manager, Marketing, and District LSS Coordinator, all in the Detroit District.
Previously Dombrow was responsible for managing the implementation of new and modified operations programs and procedures to ensure consistent application of national policies throughout the Detroit District. Focusing on engagement and Lean initiatives he recognized areas for improvement and recommended changes to improve operational efficiency and service.
Dombrow is a Veteran of the United States Air Force. While in the Air Force Dombrow attended the City College of the Air Force and while serving in Europe served as Secretary and Vice President of Toastmasters International at the Hahn AB in Germany. He is a graduate of Executive Foundations, the Advanced Leadership Program, and is Green Belt Certified 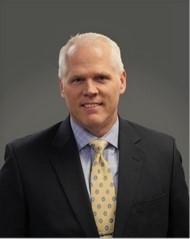